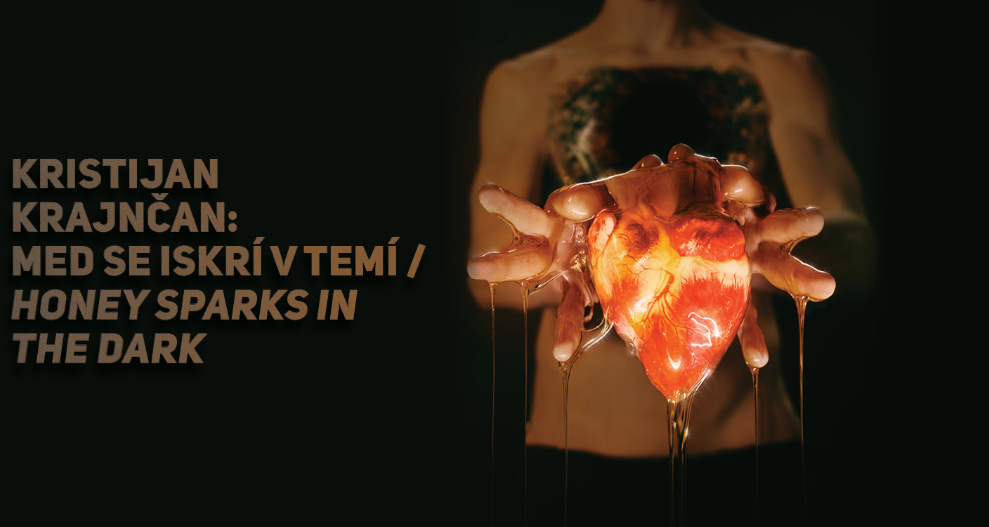 Honey Sparks in the Dark is a contemporary music-dance performance inspired by the motives of Slovenian folklore and mythology.

After his debut interdisciplinary project Hidden Myth (2015), a multi-instrumentalist, composer and director Kristijan Krajnčan continues with the exploration of the field with returning to his Slovenian roots. He invited his brother Žigan Krajnčan to be the main choreographer and co-creator of the concept. Besides folk music and dance they were interested in anything that could spark ideas for composition and choreography, such as unusual customs, mystical rituals, pre-Christian faith and folk mythology.

Kristijan emphasizes that the project is not an authentic performance of the folk material but a re-composition and re-integration of the ancient ideas, looked through the contemporary kaleidoscope, always preserving the essence of the songs.

The project’s mission is to excavate the long lost values from the darkness of forgetfulness. Here’s where the idea of the title originates from: honey as a symbol of our connection and interdependence with nature, and as a buried old folk treasure worth bringing to the surface.